Turkey and Europe. Challenges and opportunities 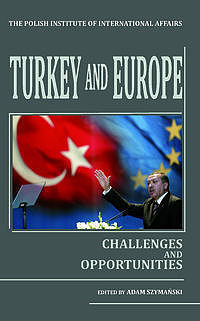 Turkey and Europe. Challenges and opportunities

The enlargement of the European Union is among the major processes of European integration, and the Republic of Turkey is at the root of the most heated controversies among all candidate countries - one reason being that its candidacy brings into focus the problems which Europe itself is faced with. This book is about decades of Turkey's turbulent relations with the EU (previously, with the EC) and the country's importance for the bloc. A collection articles by Polish writers-political scientists, Turkish-studies experts and analysts, taking up various aspects of Turkey's internal and external policies - it offers valuable insights and projections which will be found useful not only by specialists in the field, but also all those interested in the complexities and intricacies of things Turkish.