Lviv and Łódź at the Turn of 20th Century. Spatial Development and Functional Structure of Urban Space 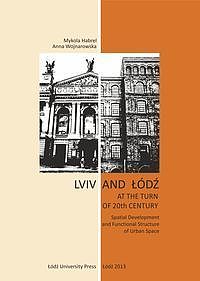 Lviv and Łódź at the Turn of 20th Century. Spatial Development and Functional Structure of Urban Space

The attempt to make a comparative study of Lviv and Łódź in search of certain regularities seems at the first glimpse rather farfetched, because apparently there are rather few analogies between the city of Lviv with its long history and multifunctional tradition and the monofunctional, rather young, industrial city of Łódź. But deeper analysis shows that despite many differences in the course of the history of both cities, some common tendencies can be traced, such as dynamic demographic and spatial development in the second half of the 19th century based on introduction of railway transport, the building of socio-economic and spatial structures of these cities by multi-cultural local communities, and going through half-a-century period of centralized socialist economy after the Second World War. Lviv and Łódź regained political independence almost at the same time (1989 in Poland and 1991 in Ukraine) and entered the route of democratic development, undergoing political and socio-economic transformations during the last 20 years. As a result of these processes as well as the influence of globalization, today we can observe in Łódź and in Lviv similar problems and phenomena, influencing their spatial development and functional restructuring.