Identity Violence Religion The Dilemmas of Modern Philosophy of Man. 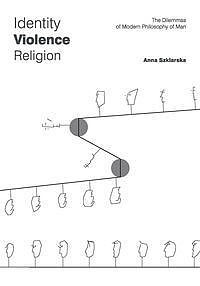 Identity Violence Religion The Dilemmas of Modern Philosophy of Man.

Anna Szklarska is a philosopher at Jagiellonian University, Krakow. She is the author of many articles in the field of ethics, philosophy of man, social philosophy and history of philosophy. She has participated in international conferences such as “American and European Values IX” or “Ethics of Moral Absolutes”. At the Institute of Philosophy at Jagiellonian University she teaches social philosophy and the philosophy of values. She is also interested in the relationship between, and common problems in, political philosophy and philosophy of religion. Most recently as a co-editor and author of one of the chapters, she has published a monograph devoted to various interpretations of Nietzsche’s idea of the eternal return (Polish title: Boska radość powtórzenia. Idea wiecznego powrotu.). She lives in Krakow.
To live decently is also to know who one is while being oneself. Friendship and constructive dialogue on the religious and cultural planes, various ways of thinking, these are only possible among mature individuals who are aware of their roots, values and objectives. This concerns both the individual level and the collective level. Otherwise, dialogue is impossible, and all that remains is chatting about the weather.(...)False eulogists of progress and apologists for a thoughtlessly understood authenticity argue that man cannot be a reproducer of an existing cultural script and its associated patterns. Never before has such a vehement attempt been made to deprive the individual of pride in its roots. Indeed, contact with various cultures results in our taking on distance to our own tradition. But is it really the case, as John Dewey thought, that it is enough to begin thinking just one time, to exhibit a critical attitude towards reality, and the individual will inevitably be led to contesting existing norms, values and institutions, and as a consequence to losing the feeling of being at home? The choice between a thoughtless, even fanatic enchantment with the institutions and roots of one’s own culture or creatively contesting it is a gross oversimplification and skirts around the truth. Respect for one’s own traditions and identity does not exclude a charitable but simultaneously critical stance, readiness for a creative affirmation and for acting to further its development. (...)
Our civilisation tries to promote an ethos of truth, reason and dignity. Let us not betray its best traditions by mistaking pluralism with relativism, humility before the mystery of the world and life with living in ignorance, power with violence and a stance of openness with a lack of identity.
(excerpt from the book)