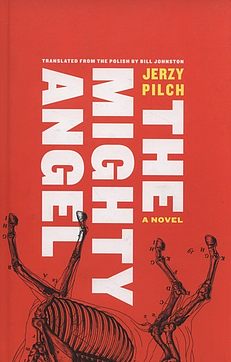 “Pilch’s prose is masterful, and the bulk of The Mighty Angel evokes the same numb, floating sensation as a bottle of Zloldkowa Gorzka.” —L Magazine
The Mighty Angel concerns the alcoholic misadventures of a writer named Jerzy. Eighteen times he's woken up in rehab. Eighteen times he's been released—a sober and, more or less, healthy man—after treatment at the hands of the stern therapist Moses Alias I Alcohol. And eighteen times he's stopped off at the liquor store on the way home, to pick up the supplies that are necessary to help him face his return to a ruined apartment.
While he's in rehab, Jerzy collects the stories of his fellow alcoholics—Don Juan the Rib, The Most Wanted Terrorist in the World, the Sugar King, the Queen of Kent, the Hero of Socialist Labor—in an effort to tell the universal, and particular, story of the alcoholic, and to discover the motivations and drives that underlie the alcoholic's behavior.
A simultaneously tragic, comic, and touching novel, The Mighty Angel displays Pilch’s caustic humor, ferocious intelligence, and unparalleled mastery of storytelling.
Translated from the Polish by Bill Johnston