The Brewer of Preston. 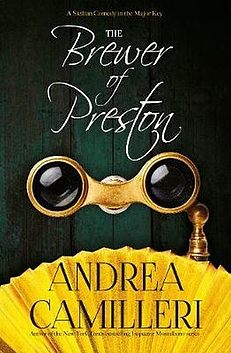 The Brewer of Preston.

From Andrea Camilleri, the bestselling author of the Inspector Montalbano mysteries, comes The Brewer of Preston, a hilarious standalone comedy.1870s Sicily. Much to the displeasure of Vigata's stubborn populace, the town has just been unified under the Kingdom of Italy. They're now in the hands of a new government they don't understand, and they definitely don't like. Eugenio Bortuzzi has been named Prefect for Vigata, a regional representative from the Italian government tasked to oversee the town. But the rowdy and unruly Sicilians don't care much for this rather pompous mainlander nor the mediocre opera he's hell-bent on producing in their new municipal theatre. The Brewer of Preston, it's called, and the Vigatese are revving up to wreak havoc on the performance's opening night . . .