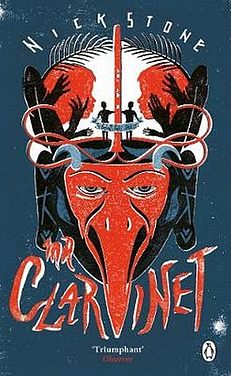 Penguin Picks are stories you'll want to read again and again. Beautifully and stylishly designed by a modern artist, they are not only stories you'll keep coming back to but also books whose looks will never go out of fashion . . .
'Ten million dollars if he performed a miracle and brought the boy back alive, five million dollars if he came back with just the body, and another five million if he dragged the killers in with it. Those were the terms, and, if he chose to accept them, that was the deal'
Ex-cop, ex-PI and now ex-con Max Mingus doesn't want to take the case. It means going to Haiti, a lawless island of voodoo and black magic and home to a monster they call Mr Clarinet. In searching for the missing boy - alive or dead - Max could lose his life or suffer a fate far worse. But a man who has nothing will risk a lot for ten million dollars . . .
'Triumphant' Observer
'Terrifying, exhilarating, breathlessly compelling' Daily Express