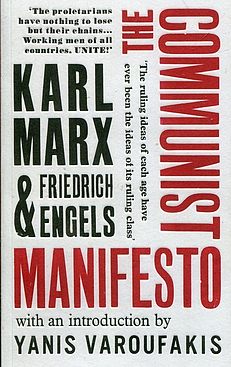 The Communist Manifesto was first published in London in 1848, by two young men in their late twenties. Its impact reverberated across the globe and throughout the next century, and it has come to be recognised as one of the most important political texts ever written. Maintaining that the history of all societies is a history of class struggle, the manifesto proclaims that communism is the only route to equality, and is a call to action aimed at the proletariat. It is an essential read for anyone seeking to understand our modern political landscape.
Published to coincide with the 200th anniversary of Karl Marx's birth, this pocket edition includes a new introduction by the economist and bestselling author of And the Weak Suffer What They Must? and Adults in the Room, Yanis Varoufakis.