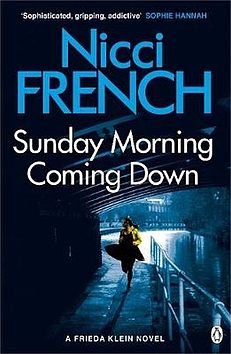 THE GRIPPING, PENULTIMATE Frieda Klein novel. SOMEONE IS COMING FOR FRIEDA, SOMEONE DEADLY.
'She finds a body under a floor in her home. It's murder. But it's also a message . . .'
For years psychotherapist Frieda Klein has believed serial killer Dean Reeve escaped justice. That, despite what the police say, he's still alive. And finally she has the evidence. Under her floor is the rotting corpse of an ex-policeman who she'd hired to hunt for Reeve.
Now the police have to take her seriously.
Because it is clear that whoever did this is very dangerous and must be found. It's also clear that they're not finished with Frieda - or those she loves most.
But as Frieda is about to learn - it's always darkest just before the dawn . . .
'Addictive' Daily Express
'Nail-biting' Marie Claire
'Menacing' Guardian
'Ingenious' Daily Telegraph
THE FINAL RECKONING FOR FRIEDA IS APPROACHING. DAY OF THE DEAD IS OUT SOON . . .