French and Germans Germans and French. 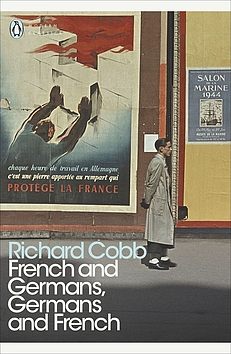 French and Germans Germans and French.

"The most difficult and often savage relationship in 20th century western Europe was between the French and the Germans. Twice, cataclysmic wars were fought out on their borders, successfully by the French in 1914-18 and unsuccessfully in 1940. Both wars led to military occupation--for the large block of northern France behind the German trenches in the First World War and ultimately the whole country in the Second.
Richard Cobb's extraordinary book is a meditation on the whole idea of occupation. How do you survive? When do you collaborate? What moral compromises are necessary? Above all, it is a book about the way that history gives a shape and rationality to events which for those living through them are completely mysterious, and terrifying. For those trapped under German rule--frightened, confused, malnourished--what is the right course of action? French and Germans, Germans and French recreates, with a brilliant mix of wit and sympathy, the story of one of the modern era's great dramas."