Friday on My Mind. 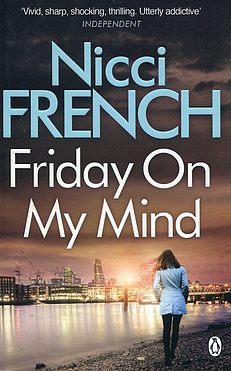 Friday on My Mind.

"When a bloated corpse is found floating in the River Thames the police can at least be sure that identifying the victim will be straightforward. Around the dead man's wrist is a hospital band. On it are the words Dr F. Klein. But psychotherapist Frieda Klein is very much alive. And, after evidence linking her to the murder is discovered, she becomes the prime suspect. Unable to convince the police of her innocence, Frieda is forced to make a bold decision in order to piece together the terrible truth before it's too late either for her or for those she loves."