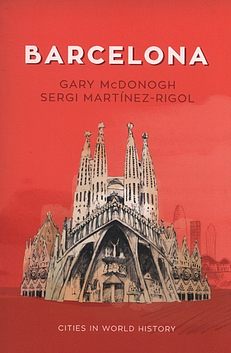 Barcelona has existed as a settlement for two millennia. Early civilizations shaped the city before it achieved, in the Middle Ages and Renaissance, global power as a trading metropolis and empire capital. After a long struggle with the unifying Spanish state, the city revived, in the eighteenth and nineteenth centuries, as an industrial and commercial powerhouse. It became a center of culture, ornamented by modern planning and wondrous works by Gaudí and others. Barcelona became known as “The Rose of Fire”: home to revolutionaries and anarchists. Creativity and conflict continued to shape Barcelona in the twentieth century, as its citizens faced the Spanish Republic, Civil War and Franco’s dictatorship. Linking social and cultural currents to the rich architectural and experiential heritage of this multi-layered city, McDonogh and Martínez-Rigol reveal Barcelona’s hidden history to modern-day visitors and residents alike.