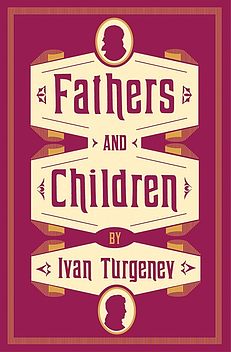 Fathers and Children, arguably the first modern novel in the history of Russian literature, shocked readers when it was first published in 1862 – the controversial character of Bazarov, a self-proclaimed nihilist intent on rejecting all existing traditional values and institutions, providing a trenchant critique of the established order.
Turgenev’s masterpiece investigates the growing nihilist movement of mid-nineteenth-century Russia – a theme which was to influence Dostoevsky and many other European writers – in a universal and often hilarious story of generational conflict and the clash between the old and the new.