The Death of Hitler. 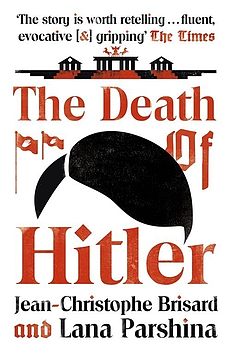 The Death of Hitler.

A dramatic and revelatory new account of the final days in Hitler's bunker, based on new access to previously unseen Soviet archives, previously unseen materials, and cutting edge forensics.
After two years of nonstop negotiations with the Russian authorities, Jean-Christophe Brisard and Lana Parshina were granted access to secret files detailing the Soviets' incredible hunt to recover Hitler's body: the layout of the bunker, plans for escaping, eyewitness accounts of the Führer's final days, and human remains-a bit of skull with traces of the lethal bullet and a fragment of jaw bone. For the first time, the skull, teeth and other elements were analysed by a medical examiner with cutting edge forensics equipment. The authors use these never before seen documents and research to reconstruct the events in fascinating new detail.