Chronicles of Terror. Volume 4 German atrocities in Śródmieście during the Warsaw Uprising. 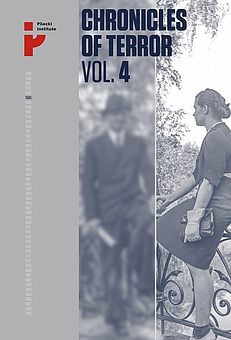 Chronicles of Terror. Volume 4 German atrocities in Śródmieście during the Warsaw Uprising.

In the "Chronicles of Terror" series we publish testimonies of specific individuals – victims and witnesses of two totalitarianisms. They record the personal experiences of thousands of Poles and their families and loved ones. The present volume comprises accounts concerning the events that took place in the Śródmieście district during the Warsaw Uprising.
The witnesses describe mass extermination, conducted by the Germans in such locations as the Jordan Garden, the ruins of the General Inspectorate of the Armed Forces, Hala Mirowska, the Opera or Anc's Pharmacy. Many of those testifying miraculously survived executions or were used as human shields for German tanks and infantry units. The accounts also present the methodical destruction of Śródmieście's buildings, carried out both during and after the fighting.