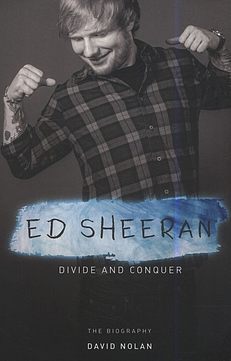 Self-described as a 'spotty, chubby, ginger teenager' with a love for Damien Rice and Nizlopi, Ed Sheeran was never an obvious bet to become a global superstar. And yet that's exactly what he's achieved, winning plenty of awards (and hearts) along the way. But how did a young musician go from selling CDs from his rucksack to becoming the millennial record-breaking international stadium act? Tracing his story from his bohemian childhood in Yorkshire and Suffolk to the release of his third album Divide, music journalist David Nolan chronicles Sheeran's musical life and times. Featuring exclusive interviews with friends, relatives, musical collaborators and key figures in his rise to stardom, Divide and Conquer tells the story of how Ed Sheeran went from school drop-out to one of the world's most successful musicians.