Chronicles of Terror. Volume 5 Auschwitz-Birkenau Life in the factory of death. 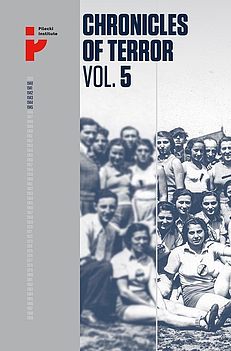 Chronicles of Terror. Volume 5 Auschwitz-Birkenau Life in the factory of death.

The 5th volume of “Chronicles of Terror” is the first of three dedicated to Auschwitz-Birkenau. The accounts include details of the living conditions, forced labor, and the punishment and execution methods that were employed at the camp complex. Of particular interest are the testimonies of the members of the Sonderkommando picked out to perform extraordinarily onerous work connected to the German-led extermination of Jews and the eradication of other Slavic nations. The final chapter also includes accounts of the activity of the underground resistance movement at the camp.
Evoking the personal testimonies of the Auschwitz-Birkenau prisoners gives a voice back to the individual victims of Nazi totalitarianism instead of reducing them to pure statistics. Their stories show the variety of their fates and the specifics of the experiences each one of them had to face. It was not only the Jewish and Polish citizens of the pre-war Republic who shared their tragic memories, but also prisoners from other nations of occupied Europe.