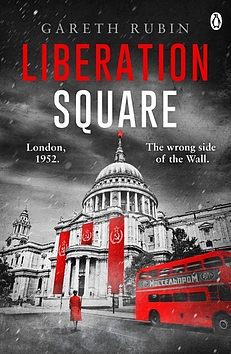 It's 1952 and Soviet troops control British streets.
After the disastrous failure of D-Day, Britain is rescued by Russian and American soldiers. The two superpowers divide the nation between them, a wall running through London like a scar.
On the Soviet side of the wall, Jane Cawson suspects her husband, Nick, of secretly seeing his ex-wife, Lorelei, glamorous star of Soviet propaganda films.
But before Jane can confront them, Lorelei is murdered.
To her horror, Nick is arrested for the killing. Desperate to clear his name, Jane must risk the attention of the brutal secret police in order to discover the truth.
Evading them, her search uncovers a trail of corruption - and the higher it leads, the more dangerous it becomes…