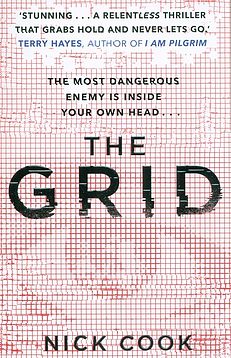 Every day the President of the United States receives death threats. Every day his security team tell him there’s nothing to worry about. Today is different. Today he doesn’t believe them. Because he has been dreaming about his own death – over and over. A repeating nightmare that is so real, it feels like a warning.
Josh Cain, President’s Thompson’s doctor, is summoned to a church tower near the White House. A military psychiatrist with a complex past, he thinks he is there to talk down another suicidal ex-Marine. But this veteran tells him of a plot against Thompson, revealing secrets he can’t possibly have known – just seconds before a sniper’s bullet takes him out . . .
Battles have been fought man to man, then machine to machine, and even in cyberspace. But now there is a different battlefield emerging: human consciousness and the fight for our minds.