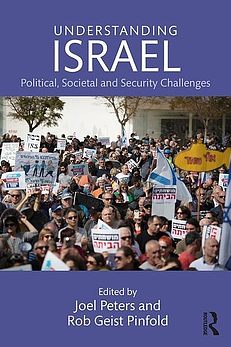 The State of Israel is an unlikely powerhouse in a troubled region. Since 1948, Israel has retained its status as a democratic state without interruption. An investor-friendly environment and skilled workforce have led to a thriving economy, whilst the Israel Defense Forces are one of the most powerful armed forces in the world. Yet Israel is also blighted by a plethora of foreign, domestic and security challenges, some of which threaten the very fabric of the state. The cost of living continues to soar; political corruption appears endemic and the conflict with the Palestinians divides domestic opinion and sours Israeli foreign relations. Thus, contemporary Israel remains perplexing, resisting any straightforward categorizations or generalizations.
This book provides a comprehensive, multi-disciplinary analysis of the external and internal threats, opportunities and issues facing contemporary Israel. The book comprises sixteen chapters written by recognized authorities in the field of Israeli Studies. Together, the chapters offer a detailed overview of Israel while separately they provide stand-alone coverage of specific topics under discussion. Part I examines the Israeli Political System, such as the Knesset, political parties and extra-parliamentary politics; Part II addresses issues in Israeli society, including the Israeli economy, the divides between Jews and Arabs, religious and secular Israelis and the struggle for gender equality; and Part III focuses on security, geopolitical and foreign policy challenges, looking at relations between Israel and the Jewish Diaspora, Israeli foreign policy, borders and settlements and regional security threats.
By filling an important gap in the study of contemporary Israel, this book is of interest to multiple audiences, most notably students and scholars of Israeli politics, the Middle East and comparative politics.