Chronicles of Terror. Volume 7. Auschwitz-Birkenau. Victims of the deadly medicine 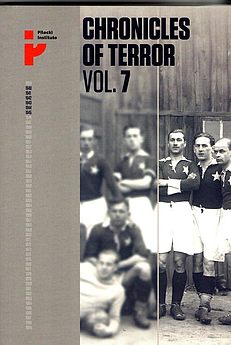 Chronicles of Terror. Volume 7. Auschwitz-Birkenau. Victims of the deadly medicine

The German doctor usually only came for the selections. They were carried out in such a way that the German doctor walked next alongside the sick beds and each prisoner had to get up. If she couldn't get up, no matter for whay reason, for example just beacuse her legs had ben scaled, she was designated for gassing. (From the testimony of Maria Nowakowska, a prisoner of Auschwitz-Birkenau who worked as a nurse).
Apart from Doctor Entress, Doctor Jager and Doctor Vetter also relief on this group of patients for gaining knowlage of how to treat tuberculosis. This situatuincontinued for three months. After three months, during one night, all the sick were removed from both rooms and killed by phenol injections. When I came to work in the morning I found the rooms empty. (From the testimony of Władysław Tondos, a doctor interned at the camp as a political prisoner).