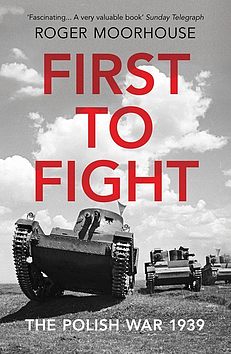 A new and definitive account of the German invasion of Poland that initiated WWII in 1939, written by a historian at the height of his abilities. 'Deeply researched, very well-written... This book will be the standard work on the subject for many years to come Andrew Roberts The Polish campaign is the forgotten story of the Second World War.
The war began on 1 September 1939, when German tanks, trucks and infantry crossed the Polish border, and the Luftwaffe began bombing Poland's towns and cities. The Polish army fought bravely but could not withstand the concentrated attack. When the Red Army invaded from the east, the country's fate was sealed.
This is the first history of the Polish war for almost half a century. Drawing on letters, memoirs and diaries from all sides, Roger Moorhouse's dramatic account of the military events is entwined with a human story of courage and suffering, and a dark tale of diplomatic betrayal. 'Important... Moorhouse has a wonderful knack for reminding us about the parts of the Second World War that we are in danger of forgetting' Dan Snow