The Beatles Album By Album. 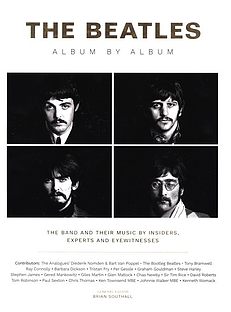 The Beatles Album By Album.

An original telling of the Fab Four's story. This informative work tells the story of John Lennon, George Harrison, Paul McCartney and Ringo Starr from the band's formative days in Hamburg to the split in 1970. General Editor Brian Southall, a former Press Officer at EMI, has gathered a team of experts - including former Apple Records CEO Tony Bramwell, singer Steve Harley, Sir Tim Rice and producer Chris Thomas - to write about each of the band's record releases, from the simple, bouncy Please Please Me to the heavyweight double album Let It Be.