From the history of Poland 10th-20th century. 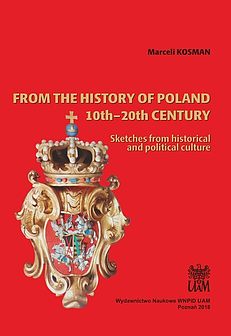 From the history of Poland 10th-20th century.

As a historian, during the last half-century, the author conducted research on the history of Poland from the end of the Middle Ages to the end of modern times. These included, above all, the period from the conclusion of the Polish-Lithuanian Union (1385) until the fall of the Polish-Lithuanian Commonwealth (including the Kingdom of Poland and the Grand Duchy of Lithuania) as a result of the aggression of neighboring powers – Russia, Austria and Prussia (1795). Apart from a series of monographs and analytical works, his oeuvre encompasses a two-volume synthesis, entitled Polska w drugim tysiącleciu [Poland in the second millennium] (2007). Political and religious issues as well as Polish-Lithuanian relations remained in the foreground of his interests.
Opis stanowi fragment Wstępu.