A Rage in Harlem. 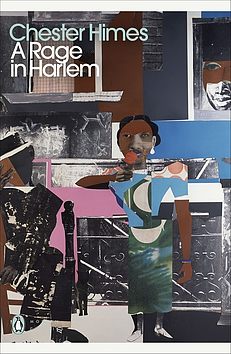 A Rage in Harlem.

Jackson's woman has found him a foolproof way to make money - a technique for turning ten dollar bills into hundreds. But when the scheme somehow fails, Jackson is left broke, wanted by the police and desperately racing to get back both his money and his loving Imabelle.
The first of Chester Himes's novels featuring the hardboiled Harlem detectives Coffin Ed Johnson and Grave Digger Jones, A Rage in Harlem has swagger, brutal humour, lurid violence, a hearse loaded with gold and a conman dressed as a Sister of Mercy.
With an Introduction by Luc Sante