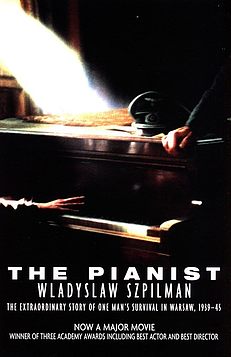 The powerful and bestselling memoir of a young Jewish pianist who survived the war in Warsaw against all odds. Made into a Bafta and Oscar-winning film.
‘You can learn more about human nature from this brief account of the survival of one man throughout the war years in the devastated city of Warsaw than from several volumes of the average encyclopaedia’ Independent on Sunday
‘We are drawn in to share his surprise and then disbelief at the horrifying progress of events, all conveyed with an understated intimacy and dailiness that render them painfully close – riveting’ Observer
‘A book so fresh and vivid, so heartbreaking, and so simply and beautifully written, that it manages to tell us the story of horrendous events as if for the first time’ Daily Telegraph