Wheels of Change Feminist Transgressions in Polish Culture and Society. 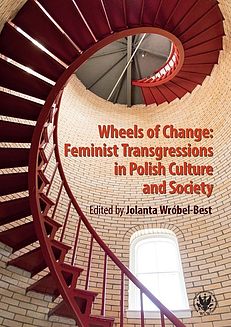 Wheels of Change Feminist Transgressions in Polish Culture and Society.

Using rich and varied narrative images and resources, literary artworks, excerpts from philosophical and sociological writings, musicological theories and film studies, historical documents, and other materials, this collection of essays strongly sides with the feminist theory. All chapters tirelessly construct feminist discourse by depicting a new reality, language, and values to assess as well as understand the life, goals, and social achievements of women over a span of centuries in Polish culture and society. Feminist transgression is envisioned as a thematic category bridging diverse, seemingly loose, distant, and even apparently contradictory women’s accounts. This theme develops a cohesiveness among chapters and provides an underlying unity, built on the coincidence of opposites, known in Latin as the principle of “coincidentia oppositorum.” Even if the dialogue among chapters may be perceived on the surface as difficult, the volume’s parts communicate deeply with each other by narrating, detailing, elaborating, and enlarging in space and time the presented dynamics of women’s transgressions. Transgression thus creates a special form of debate.