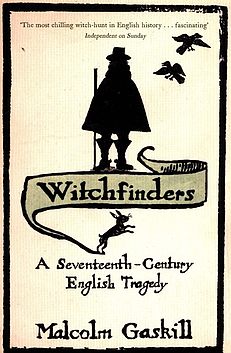 By the spring of 1645, civil war had exacted a terrible toll upon England. Disease was rife, apocalyptic omens appeared in the skies, and idolators detected in every shire. In a remote corner of Essex, two obscure gentlemen began interrogating women suspected of witchcraft, triggering the most brutal witch-hunt in English history.
Witchfinders is a spellbinding study of how Matthew Hopkins, ‘the Witchfinder General’, and John Stearne extended their campaign across East Anglia, driven by godly zeal. Exploiting the anxiety and lawlessness of the times, and cheered on by ordinary folk, they extracted confessions of satanic pacts resulting in scores of executions.