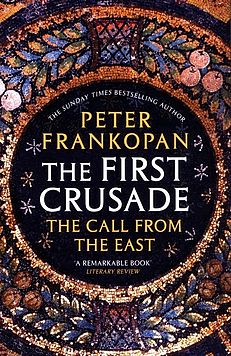 From the author of the No. 1 bestseller The Silk Roads: A New History of the World
The First Crusade is one of the best-known and most written-about events in history but in this new book Dr Peter Frankopan asks vital questions that have never been posed before.
·This is the only book to address the history of the First Crusade from the perspective of the east, examining the role of the Byzantine Empire and its ruler, Emperor Alexios I Komnenos.
·Peter Frankopan's focus on the imperial city of Constantinople and events in Asia Minor is the result of a major reinterpretation of eastern sources which reveal the crucial role of Byzantium in the genesis and execution of the First Crusade.
Frankopan’s revelation of a close cooperation between the pope in Rome and the emperor in Constantinople constitutes an important revision and brand new evidence of the history of the Church. This book questions the traditional view that the Catholic and Orthodox churches had broken definitively in 1054.
·Rather than viewing the Crusades as a conflict between Christianity and Islam, the book reveals a complex triangular relationship between the west, Byzantium and the Muslim world.
So, The First Crusade constitutes a paradigm shift – it radically re-shapes our understanding of the aims, expectations, and long-term implications of the First Crusade and the Crusades as a whole.
Most importantly it answers why was there a First Crusade?