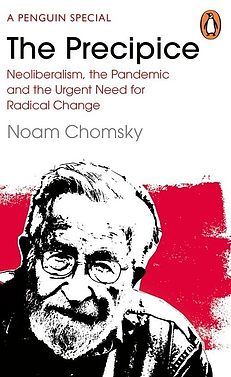 In this powerful collection of interviews, Noam Chomsky exposes the problems of our world today, as we stand in this period of monumental change, preparing for a more hopeful tomorrow.
'For the left, elections are a brief interlude in a life of real politics, a moment to ask whether it's worth taking time off to vote . . . Then back to work. The work will be to move forward to construct the better world that is within reach.' He sheds light into the phenomenon of right-wing populism, and exposes the catastrophic nature and impact of authoritarian policies on people, the environment and the planet as a whole. He captures the dynamics of the brutal class warfare launched by the masters of capital to maintain and even enhance the features of a dog-eat-dog society. And he celebrates the recent unprecedented mobilizations of millions of people internationally against neoliberal capitalism, racism and police violence.
We stand at a precipice and we must fight to pull the world back from it.