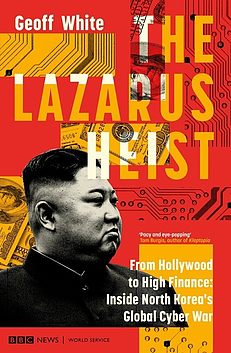 Meet the Lazarus Group, a shadowy cabal of hackers accused of working on behalf of the North Korean state. They form one of the most effective criminal enterprises on the planet, having stolen more than $1bn in an international crime spree. Their targets include central banks, cryptocurrency companies, film studios and even the British National Health Service.
In this jaw-dropping, global investigation, journalist Geoff White examines how the North Korean regime has harnessed cutting-edge technology to launch a decade-long campaign of brazen and merciless raids on its richer, more powerful adversaries. From the bustling streets of Dhaka, to the glamorous studios of Hollywood, to the glittering casinos of Macau and the secretive dynastic court of Pyongyang, this is the shocking story of the world's most devastating hackers, their victims and the people who have tried - and ultimately, failed - to stop them.