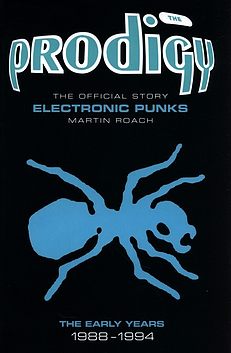 The Prodigy have sold 25 million records and single-handedly reinvented the crossover between dance and rock music, with legendary songs such as 'Firestarter', 'Omen' and 'Breathe'. However, long before they became a stadium-filling rock monster, The Prodigy were prowling the underground of the UK rave scene, first as a blistering demo of tunes by the 'prodigious' teenage Liam Howlett, then latterly with their breakthrough masterpiece, Music for the Jilter Generation. Martin Roach was present throughout the band's early years and documented their rise to fame from the underground into the bright lights of music superstardom. Containing hours and hours of exclusive interviews, the book chronicles the band's early years in minute detail, speaking the each band member and all the key playes along the way. With a new introduction and fresh interview with band members putting these classic early phase in the context of their historically important career, this book is a must-buy for the millions for Prodigy fans eager to learn about the band's formative days.