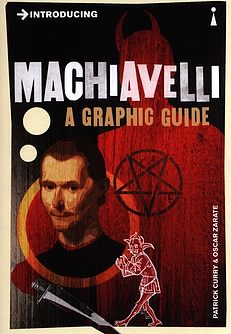 llustrated guide to the crucial Italian philosopher and author of The Prince. 'Machiavellian' is a popular byword for treachery and opportunism. Machiavelli's classic book on statecraft, The Prince, published over 400 years ago, remains controversial to this day because of its electrifying frankness as a practical guide to power. Is it a how-to manual for dictators, a cynical philosophy of 'the end justifies the means', or a more complex and subtle analysis of successful government? Machiavelli was a loyal servant of the Florentine republic. His opposition to Medici despotism led him to torture on the rack and exile, and yet he chose as his model for the Prince the most notorious tyrant, Cesare Borgia. Introducing Machiavelli traces the colourful life of this paradoxical realist whose clear-sighted patriotism made him the first truly modern political scientist. Machiavelli is seen as central to the postmodern debate on Civil Society. This book brings the creative turbulence of Renaissance Italy to life, and presents a compelling portrait of a key figure of European political history.