The Power of the Powerless. 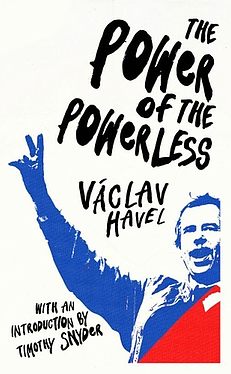 The Power of the Powerless.

VГЎclav HavelвҖҷs remarkable and rousing essay on the tyranny of apathy, with a new introduction by Timothy Snyder
Cowed by life under Communist Party rule, a greengrocer hangs a placard in their shop window: Workers of the world, unite! Is it a sign of the grocerвҖҷs unerring ideology? Or a symbol of the lies we perform to protect ourselves?
Written in 1978, VГЎclav HavelвҖҷs meditation on political dissent вҖ“ the rituals of its suppression, and the sparks that re-ignite it вҖ“ would prove the guiding manifesto for uniting Solidarity movements across the Soviet Union. A portrait of activism in the face of falsehood and intimidation, The Power of the Powerless remains a rousing call against the allure of apathy.
'HavelвҖҷs diagnosis of political pathologies has a special resonance in the age of Trump' Pankaj Mishra