The Adventures of. Tom Sawyer. 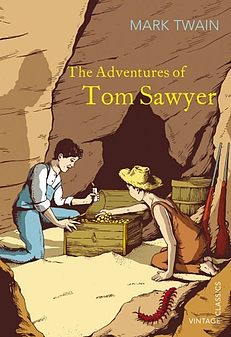 The Adventures of. Tom Sawyer.

Read this 19th-century childhood adventure story that confronts the reality of racism in America.
'There comes a time in every boy's life when when he has a raging desire to go somewhere and dig for hidden treasure'
Impish, daring young Tom Sawyer is a hero to his friends and a torment to his relations. For wherever there is mischief or adventure, Tom is at the heart of it. During one hot summer, Tom witnesses a murder, runs away to be a pirate, attends his own funeral, rescues an innocent man from the gallows, searches for treasure in a haunted house, foils a devilish plot and discovers a box of gold. But can he escape his nemesis, the villainous Injun Joe?
BACKSTORY: Find out some fascinating facts about the author and have a go at a game of marbles!