The Sleep of Reason. 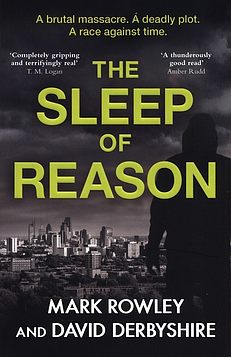 The Sleep of Reason.

A brutal massacre at a theme park leaves eight dead and triggers a wave of extremist violence across Britain.
On the trail of the killer is Detective Superintendent SOPHIE GABRIEL, who must confront her past as she races to stop rival Islamist and neo-Nazi terror groups bringing a deadly campaign of violence to Britain’s streets.
As community tensions rise, the coalition government appears to be exploiting the crisis for its own ends. In the midst of a political and media whirlwind, Gabriel and her team must stop a ruthless terrorist attack that could leave hundreds dead.