Candide and Other Works. 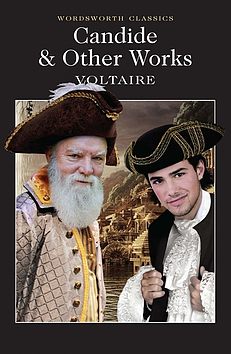 Candide and Other Works.

Voltaire is held to be one of the three greatest French writers of the eighteenth century. He fought against religious persecution, bigotry and injustice throughout his life, and has often been seen as one of the thinkers who prepared the way for the French Revolution. This volume contains: Zadig (1748), the story of a young man who becomes king of Babylon; Candide (1759), Voltaire’s most famous tale of all; and (in a new translation) The Ingenu (1767), in which the hero, raised by Huron Indians, discovers the ways of Europe. The heroes of these tales are young, handsome, talented, and naive. All three are animated by Voltaire’s sparkling wit, but also by his dark satire of ancien régime society. The volume closes with a new translation of Nanine, Voltaire’s three-act comedy which was seen, first as dangerously meritocratic, then as anti-revolutionary. The hero falls in love with a servant girl: but will he overcome society’s prejudice and marry her?