I Have More Souls Than One. 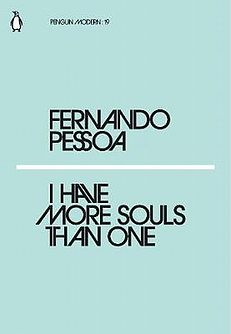 I Have More Souls Than One.

'But no, she's abstract, is a bird Of sound in the air of air soaring, And her soul sings unencumbered Because the song's what makes her sing.'
Dramatic, lyrical and ranging over four distinct personae, these poems by one of Portugal's greatest poets trace a mind shaken by intense suffering and a tireless search for meaning.
Penguin Modern: fifty new books celebrating the pioneering spirit of the iconic Penguin Modern Classics series, with each one offering a concentrated hit of its contemporary, international flavour. Here are authors ranging from Kathy Acker to James Baldwin, Truman Capote to Stanislaw Lem and George Orwell to Shirley Jackson; essays radical and inspiring; poems moving and disturbing; stories surreal and fabulous; taking us from the deep South to modern Japan, New York's underground scene to the farthest reaches of outer space.