Jedi Academy: Return of the Padawan. 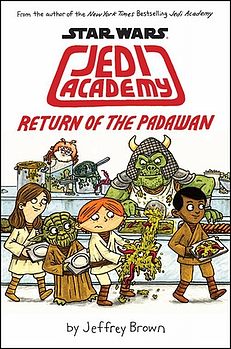 Jedi Academy: Return of the Padawan.

Perfect for fans of STAR WARS or comic-book fiction such as CAPTAIN UNDERPANTS. Story and illustration are combined within this fun graphic novel. After surviving his first year at Jedi Academy, Roan thought his second year would be a breeze. He couldn't have been more wrong. Roan feels like he's drifting apart from his friends, and it's only made worse when Roan discovers he's not the amazing pilot he thought he'd be. When the school bullies take him under their wing, he decides they aren't so bad after all - or are they?