Studies In The Philosophy Of Law. 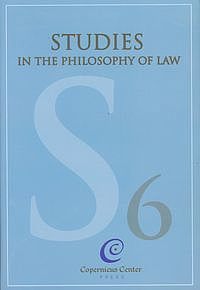 Studies In The Philosophy Of Law.

The problem of legal normativity is one the most controversial issues in the philosophy of law. It was already a subject of heated debate in the 19th century and, over the last one hund-red years, the study of normativity has taken many shapes and forms: from Kelsen’s dualism, through the reductionism proposed by legal rea-lists, to some nihilistic stances. In re-cent years there has been a renewed interest in the problems surrounding the concept of law’s normativity and this volume is seen as a contribution to that debate.