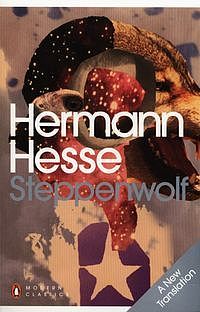 A new translation by David Horrocks.
At first sight Harry Haller seems like a respectable, educated man. In reality he is the Steppenwolf: wild, strange, alienated from society and repulsed by the modern age. But as he is drawn into a series of dreamlike and sometimes savage encounters - accompanied by, among others, Mozart, Goethe and the bewitching Hermione - the misanthropic Haller discovers a higher truth, and the possibility of happiness. This haunting portrayal of a man who feels he is half-human and half-wolf became a counterculture classic for a disaffected generation. Yet it is also a story of redemption, and an intricately-structured modernist masterpiece. This is the first new translation of Steppenwolf for over eighty years, returning to the fresh, authentic language of Hesse's original.