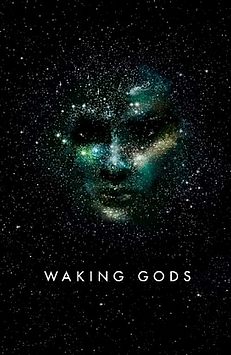 What&amp;apos;s going on? Turn on the television. What channel? Any channel. An unknown vessel, not of this world, materializes in London. A colossal figure towering over the city, it makes no move. Is this a peaceful first contact or the prelude to an invasion? Every child has nightmares. But the only thing scarier than little Eva Reyes&amp;apos; dreams - apocalyptic visions of death and destruction - is the habit they have of coming true...Scientist Dr Rose Franklin has no memory of the last few years. The strangers she works with say she died, and was brought back to life. The question is not just how ...but why? Kara Resnik and Vincent Couture fell in love during war, and have found peace since. They are the thin line of defence against what is coming. But they do not know they have been living a lie. And a man who claims to have the answers has his own agenda. There are things he cannot say - and others he won&amp;apos;t. All pieces of an epic puzzle. One we have been trying to solve since the dawn of time...*** Praise for Sylvain Neuvel: &amp;apos;This year&amp;apos;s The Martian. Captivating ...So good and so eerie&amp;apos; Buzzfeed &amp;apos;Bursts at the seams with big ideas ...this book is a sheer blast from start to finish. I haven&amp;apos;t had this much fun reading in ages&amp;apos; Blake Crouch, author of Dark Matter and Wayward Pines &amp;apos;This stellar debut novel masterfully blends together elements of sci-fi, political thriller and apocalyptic fiction ...so much more than the sum of its parts. A page-turner of the highest order&amp;apos; Kirkus Reviews &amp;apos;As high-concept as it is, Sleeping Giants is a thriller through and through. One of the most promising series kickoffs in recent memory&amp;apos; NPR &amp;apos;Reminiscent of The Martian and World War Z, Sleeping Giants is a luminous conspiracy yarn that shoots for (and lands among) the stars&amp;apos; Pierce Brown, New York Times bestselling author of Red Rising