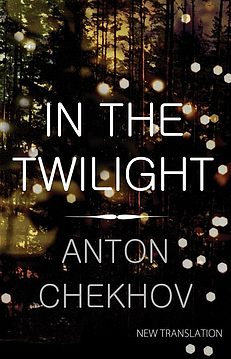 In the Twilight, the third collection of short stories compiled by Anton Chekhov himself, was his first major success and won him the prestigious Pushkin Prize when it was published in 1888. This volume represents a clear milestone in the writer’s passage from the youthful Antosha Chekhonte, author of slight comic sketches, to the mature master of the short-story genre.
This edition presents the sixteen tales of the original collection – ranging from well-known and acknowledged gems such as ‘Agafya’ and ‘On the Road’ to others which will be fresh even to many seasoned readers of Chekhov – in a brand-new translation by Hugh Aplin, providing an invaluable glimpse into a pivotal moment in the writer’s literary career.
Contains: ‘In the Twilight’, ‘Dreams’, ‘A Trivial Occurrence’, ‘A Bad Business’, ‘At Home’, ‘The Witch’, ‘Verochka’, ‘In Court’, ‘A Restless Guest’, ‘The Requiem’, ‘On the Road’, ‘Misfortune’, ‘An Event’, ‘Agafya’, ‘Enemies’, ‘A Nightmare’, ‘On Easter Eve’.