Nietzsche and Wittgenstein. In search of secular salvation 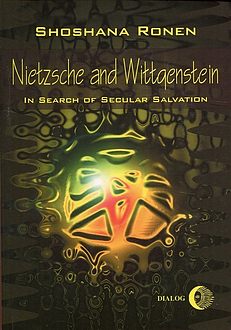 Nietzsche and Wittgenstein. In search of secular salvation

This book focuses on a number of questions that occupied Nietzsche ans Wittenstein and reveals in what way the two philosophers, who are quite different in temperament, do actually share much in common. It is explained that in their philosophies the method is one: philosophy should act as therapy, creativity and the work of art. The strategy is one: destructionism is the first step destruction of metaphisics, purifying of our language and our concepts in order to remove the вҖҳshadows of GodвҖҷ. The style of both philosophers is similar: non-systematic, aphoristic, dialogic. And the goal is one: ethical. In a world devoid of God, in which all the old values have lost their relevance to the human soul, they try to indicate a path to salvation for humanity, a form of salvation which is not the result of divine grace, but of human creativity.