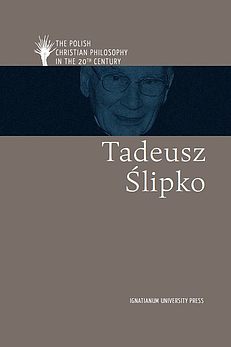 The publication series “Polish Christian Philosophy in the 20th Century” includes monographic studies of the thought of 13 outstanding representatives of Polish Christian philosophy mainly active during the 20th century and also at the beginning of the 21st (Mieczysław Gogacz, Piotr Lenartowicz, Stanisław Kamiński, Kazimierz Kloskowski, Kazimierz Kłósak, Feliks Koneczny, Mieczysław Albert Krąpiec, Tadeusz Styczeń, Tadeusz Ślipko, Józef Tischner, Karol Wojtyła, Jacek Woroniecki, Zofia J. Zdybicka).
A separate volume is dedicated to each of these philosophers, with all of them organized as follows: a biography and bibliography of the thinker in question, sources of philosophical inspiration (the influence of their own philosophical school, and borrowings from other systems), their preferred conception of philosophy, problems, and proposed solutions, a dictionary of basic terms, and polemics and discussions that the author initiated both at home and abroad. In addition, each volume is enriched by an anthology of philosophical texts representative of the individual in question.
This volume is dedicated to Tadeusz Ślipko (1918–2015) – jesuit, philosopher and ethician.