Moving Heaven and Earth. Copernicus and the Solar System 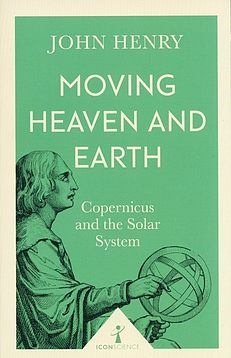 Moving Heaven and Earth. Copernicus and the Solar System

When Nicolaus Copernicus claimed that the Earth was not stationary at the centre of the universe but circled the Sun, he brought about a total revolution in the sciences and consternation in the Church. Copernicus’ theory demanded a new physics to explain motion and force, a new theory of space, and a completely new conception of the nature of our universe. He also showed for the first time that a common-sense view of things isn’t necessarily correct, and that mathematics can and does reveal the true nature of the material world. As John Henry reveals, from his idea of a swiftly moving Earth Copernicus sowed the seed from which science has grown to be a dominant aspect of modern culture, fundamental in shaping our understanding of the workings of the cosmos.