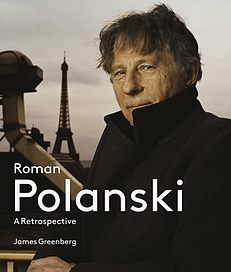 Roman Polanski: A Retrospective is the definitive tribute to one of the world’s most prolific and influential film directors. Editor and film critic James Greenberg takes readers chronologically through Polanski’s extraordinarily rich and varied career, offering unique insight into every one of Polanski’s movies, from Knife in the Water (1962) to Carnage (2011). Richly illustrated with more than 250 images, including behind-the-scenes photographs from Polanski’s work, the book illuminates the achievements of a director whose own harrowing childhood and controversial story could inspire a movie. During his five-decade career, Polanski has provided generations of filmgoers with many engaging, enchanting, and haunting movies, and this retrospective is a testament to his unrivaled and distinctive talent.