Economic Détente and Its Discontents. The Uses of Trade in Superpower Politics in 1970s 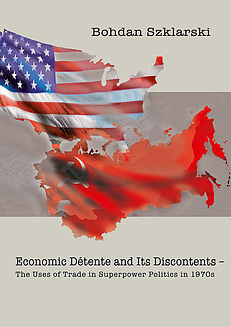 Economic Détente and Its Discontents. The Uses of Trade in Superpower Politics in 1970s

This book is a valuable synthesis of relations between USA and USSR in the 1970s seen through the prism of trade relations which Washington used for two distinctive purposes: as a “reward” mechanism encouraging cooperation, or conversely, as a tool of “punishment” in response to undesired activities. Such an instrumental approach to economic issues in the 1970s was not anything new in American foreign policy. The analysis of American trade policy – based on two case studies: the granting of the Most Favored Nation Status with the Jackson-Vanik Amendment (reward) and the imposition of economic sanctions after the Soviet invasion of Afghanistan (punishment) – serves the Author as an ideal pretext to discuss linkages between foreign and domestic spheres of politics and the intermestic nature of issues in international relations – prof. Łukasz Wordliczek.