The Rolling Stones In the Beginning. with Unseen Images 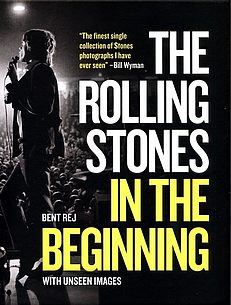 The Rolling Stones In the Beginning. with Unseen Images

In 1960, childhood friends Keith Richards and Mick Jagger reconnected by chance on a train. More than 45 years later, the Rolling Stones remain superstars in the fickle world of rock 'n' roll. This collection of photographs provides a unique record of the band before they became the icons of rock. Most of these images have never been published before, making this book a must-have for the Stones' legion of fans.
In the band's fledgling days, photographer Bent Rej enjoyed unique access to the group, entering their circle of trusted friends. He was invited on the Stones' first full European outing, the Satisfaction tour. These extraordinary photographs reveal a pivotal time in the history of rock. While reveling in the first fruits of popular success, the Stones were nevertheless unaware of what the future would hold. Only hindsight tells us that at this point they were perched on the edge of the heights (or abyss) of superstardom.
Surprising, charismatic, scandalous, intense and reckless, here are the early Stones as never seen before.