Agents of War. A History of Chemical and Biological Weapons 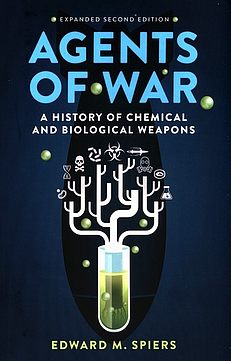 Agents of War. A History of Chemical and Biological Weapons

Often described as the misuse of science, chemical and biological weapons have incurred widespread opposition over the years. Despite condemnation from the United Nations, governments and the disarmament lobby, they remain very real options for rogue states and terrorists. This much-needed history is now available in paperback, and has been expanded and updated with two new chapters on political poisoning and chemical weapons in the Middle East. In Agents of War Edward M. Spiers breaks new ground by presenting his analysis in both historical and contemporary contexts, giving a comprehensive chronological account of why, where and when such weapons were used or suspected to be deployed.