The History of Sexuality: 4. 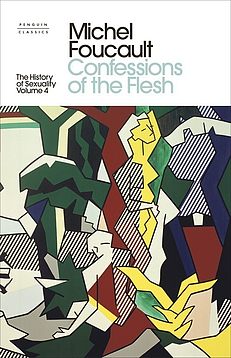 The History of Sexuality: 4.

The final major work by one of the most influential thinkers of the twentieth century
Foucault's History of Sexuality changed the way we think about power, selfhood and sexuality forever. Arguing that sexuality is profoundly shaped by the power structures applied to it, the series is one of his most important and far-reaching works. In this fourth and final volume, Foucault turns his attention to early Christianity, exploring how ancient ideas of pleasure were modified into the Christian notion of the 'flesh' - a transformation that would define the Western experience of sexuality and subjectivity.
Completed at Foucault's death, the manuscript of this volume was locked away in a bank vault for three decades. Now for the first time, the work is available to English-language readers as the author originally conceived it.